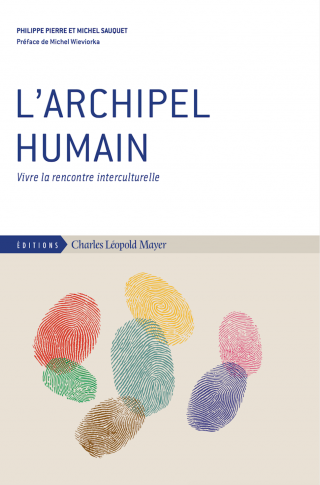 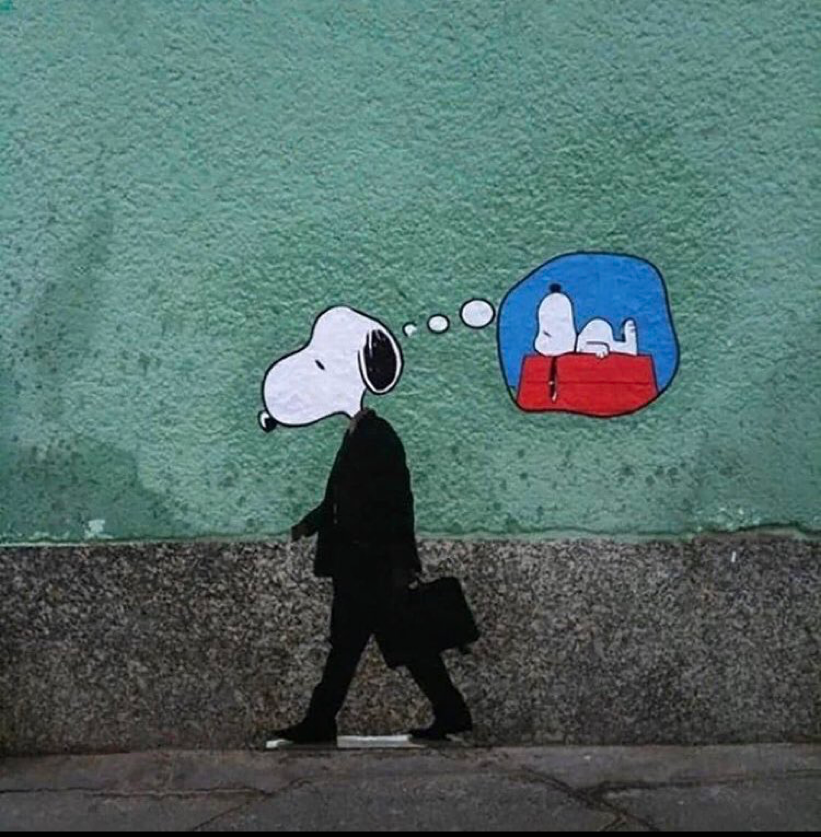 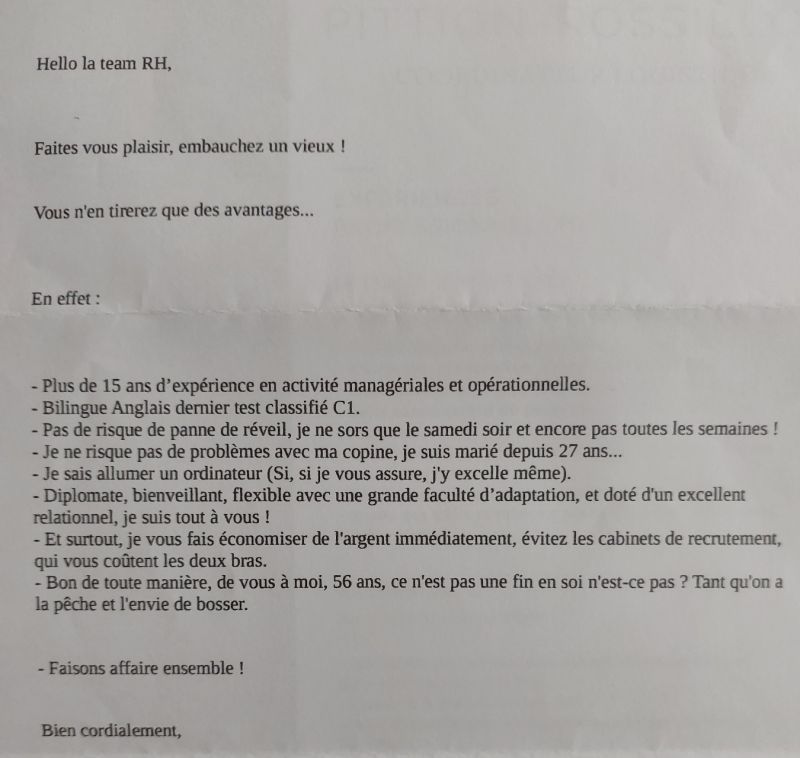 Illustrations in the field of work

Guest post by Dr Philippe Pierre ([1] see his bio below) which has been translated from the French by myself. Philippe is an ex-colleague from my days at L’Oréal and a long-standing friend. He’s a renowned expert on intercultural management. Here he explores the role of conversation in intercultural encounters.

Main idea of the article

The intercultural posture invites conversation. With others and with yourself. With yourself through others. Privileging the encounter even more than the relationship or the simple rendez-vous, it invites us to be constantly alert, stimulated by the enigma that is within the other person[2]. It is not through a confrontation of different logical frameworks that I hear and progress (I am right or I am wrong, I win or I fade away, I convince or I am silent…) but starting from the effectiveness of a decentering specific to any real conversation. We will talk about a practice of voluntary astonishment to access a skill that we call, with Michel Sauquet and Martin Vielajus, “intelligence of the Other”.

“Dialogos”. Or Meaning in Dialogue. Such is the aim of this work, and more broadly, of the posture of the one who oversees the overall movement, Minter Dial. We describe his journey as authentically intercultural since he was led to study in different countries, live with his family and work in different distant places and cultivate cross-border friendships. He doesn't have several identities; he has only one, made up of all the cobbled-together elements that shaped it. Minter knows better than anyone that whoever crosses a physical border is always having to cross mental, social and psychological borders as well. Those which consist in being a little strange in the eyes of others and then discovering oneself as a stranger.

It seems interesting to us to draw inspiration from this rich background to briefly share what we believe in the field intercultural management, since it is the name given to a growing discipline and, more particularly, to identify some conditions specific to an authentic conversation.

3 convictions when it comes to conversation in a multicultural context

To live an intercultural encounter, our first conviction is: knowing how to say “I don't know” (when it is the case) is more a strength than a weakness in conversation. The permanent risk is to have an instinctive trust in our own knowledge, in our supposedly good first impression, in our gut reaction while judging or evaluating… It seems to us that the essential thing is to explore and not to confirm too quickly! So let's stop rewarding too hastily, in recruitment for example, the "good" students, those who have our words, our references, our skin color and all those who look like us at first sight! Intuition is not always a good advisor !

To do this, it is necessary to know how to suspend one's judgment and adopt a kind of detective posture to understand what, in the cultures and history of the other, explains a behavior which, perhaps, surprises us. Because the risks of cowering and curling up – and then of trusting only our fellow human beings – are permanent.

Second conviction: the encounter with the Other is not only a matter of rational knowledge. Other deeper symbolic forces are also influential, such as religious beliefs, the educational substrate of "national temperaments", as Emmanuel Todd points out[3], around traditional keys to family organization (egalitarian or non-egalitarian relationships between women and men, rules of inheritance, accepted authority or not of the elders over the younger ones…). In our globalized world, there is and always will be “the archaic at stake[4]”: the more we try to evacuate the symbolic too quickly, the more it tends to come back.

Culture is something man does not invent, but in which he participates and which is not an “external fact”; it is a "grain of maize which is both harvest and seed", as Gilles Bibeau says[5]. I always come from something, but this something, this cultural matrix, is not unique and unitary; it is not a “genesis[6]”. I could have done otherwise. My past defines me less than what I decide to do with my future, within the limits of my strength and my will.

Third conviction: we must put an end to all-conquering certainties and to accept uncertainty. The challenge that presents itself to us is always to manage to pass from a logic of "or", where we pose ourselves in opposition – it is you orme, your values and your methods or mine, the Western bloc or the Eastern bloc, the Beatles or the Rolling Stones – to a logic of "and": you and I, without our necessarily having chosen one another, to work together and find common benchmarks to move forward.

It seems important to us to reduce oppositions and sterile conflicts by knowing how to distinguish the essential from the accessory. The main thing is what endangers human rights, dignity and what we do not negotiate: arbitrary detention, torture, lack of legal defense... The accessory is, it seems to us he, the appearance of a hairstyle, a first name or a garment, signs that one wears, the rite and the traditions, what one can usefully let go of ballast to approach and accept that a stranger is, as an Irish proverb beautifully puts it, a friend you don't yet know.

An encounter or just a rendez-vous ?

We believe in the encounter, and find the distinction that François Laplantine and Alexis Nouss propose between the simple rendezvous and the deeper encounter very interesting: “The encounter is no more announced than it is prepared. No possible strategy, unlike combat or seduction. You never achieve an encounter; it always happens to you[7]. An encounter produces destabilization; it’s a victory over immobility, which multiplies the unexpected places in our social existence and the opportunities to think of oneself differently. It is the outside factor that force us to think. Always. Because this externality comes into our sphere by chance, because people with different socio-economic and cultural profiles bump into each other in the same building or on the same territory, because even if the other does not pronounce a word, he speaks to me through his gaze, the subject is borne out of himself to “come back” to him, transformed. The truth then is not the possession of one person. Something surprises us. Someone affects us. And this face-to-face with this other becomes our most real reality. My future is to become. To experience joy in being in transit. Open to the possibility of considering the encounter not in terms of resemblance, but of emergence. Of creolization, as Edouard Glissant would say.

The opposite of an encounter – and of a genuine conversation – is meeting someone similar to me in the hopes of going on a journey with this person all the while remaining exactly who I am.

In this sense, drawing inspiration from Claude Lévi-Strauss, we can write that the important thing is not to open others up to Reason, but to patiently open up to the good reasons of others. A life led as an interculturalist is a life where one questions the other, where one questions oneself and where, above all perhaps, one allows oneself to be questioned in order to hear oneself say things that are nevertheless correct and which one does not does not necessarily want to hear, but which are useful to us.

An adult in training, at work, isn’t someone who does not know, but someone who aspires to know otherwise in order to better build his/her own autonomy of thought and action. It is the whole point of research in intercultural management – to which we are attached – to return to certain historical and cultural realities which shed light on the way in which, in China or in Russia, for example, we understand the relationship to age, to money, to time, to large geographical spaces, to being face-to-face… when doing business.

Rather than proposing a series of recipes on how to behave when faced with a Singaporean, Malagasy or Brazilian interlocutor, we suggest a way of questioning their cultural adherences, their reflexes and their reactions. The objective is to encourage international or multicultural professionals to ask themselves, each time that a cooperative action, a commercial negotiation, an organizational rapprochement (takeover or merger) or even a scientific debate presents unexpected difficulties: what, from a cultural or social point of view, could have malfunctioned? What can explain the blockages? What is the deep source of our misunderstandings? And our similarities? How to interpret and analyze behavioral differences in others, but also in ourselves? Does the failure of joint work necessarily come from incompetence, duplicity or bad will of the other?

In the words of Chris Argyris, “the only long-term competitive advantage of an organization resides in its capacity to learn better and faster than the others”.

Becoming a learning organization can only be conceived in humility and has little claim or space for definitive affirmation. Consequently, the “integrating” management specific to a learning organization – enriched with the contributions of intercultural management – does not take power. The leader doesn't say how. She/he does not give recipes. She/he isn’t preparing to act with foreigners, be they Japanese or Spaniards. She/he awakens, supports, agrees to be surprised, constantly questions her/himself and points out underperformance when it occurs in order to better fight it...

This intercultural path is one of growing relationships between beings who are initially strangers to each other, sometimes suspicious, often intrigued or curious, and who manage to find common ground. And even more: mutual recognition.

[1] Philippe Pierre (www.philippepierre.com) has a doctorate in sociology from the IEP in Paris, and is a consultant and former HRD (Total and L'Oréal). He is the author of 14 books including L'Archipel Humain (with Michel Sauquet ) and around fifty scientific articles in the fields of HR and business sociology. For nearly ten years, he co-directed the Master's in Intercultural Management at the University of Paris-Dauphine and works as an expert with companies, associations, NGOs, etc. His recent research focuses on cultural identities in globalization, the socialization of mobile executives, learning organizations, managerial courage.

[2] Joanna Nowicki, The Man from the Outskirts. For an intercultural anthropology, CNRS Éditions, 2008, p. 163.

DIALOGOS is a reader-supported publication. To receive new posts and support the work of Minter Dial, consider becoming a free or paid subscriber.

10 conseils pour Welcome to the Jungle !